A simple way to get free cryptocurrencies every day.

Free cryptocurrencies? Who would ever think of giving away money? Is it real?

Yes, it is real and it has a name: Airdrops.

Below we will see all the features of them and how we can benefit from them as long as they exist. Let us start at the beginning… 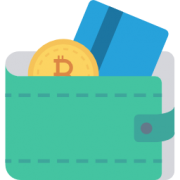 An airdrop is when a project based on blockchain gives for free cryptocurrencies or tokens to the community. That is it.

Everyone likes everything that has ‘free’ on its name and because of that many of these projects take advantage of this part of human nature. But…

Why do they do that?

Simple: it is just a new online marketing strategy.

What is better to get visibility for your new business than giving coins for free?

The crypto industry is rapidly becoming full of new projects of all kinds and conditions. Practically every day there is a new company that launches an ICO (Initial Coin Offer) and therefore it is becoming more and more difficult to distinguish between the rest.

Think about it, right now there are more than 2,000 different cryptocurrencies and tokens. No investor can analyze so many projects at once. So imagine a normal person who is not professionally dedicated to investing. Would be impossible. 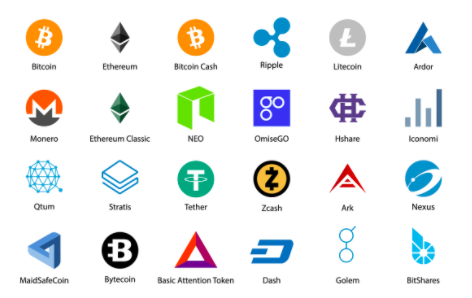 The team who carries out an airdrop use to try to use the airdrops to viralize their project and give it visibility.

In marketing, the first impression is very important. How can you not think well of a project that pays you to know it?

There are also those who suggest that when someone receives a token and becomes the owner of it, automatically gives it a higher value than the tokens of other projects, simply for owning it. In this way, many individuals who receive a certain airdrop end up becoming investors in it and accumulate more project tokens than they have initially received.

The second reason for creating an airdrop is the construction of the ecosystem, that is, a project may choose to launch tokens as an incentive to use its platform or to help decentralize its currency.

An example of this was OmiseGO, which sent large quantities of its tokens to anyone who had Ethereum shortly after its successful ICO, reporting this on their website:

At OmiseGO we believe that tokens are most useful when they are as widely distributed as possible. In the case of a proof-of-stake (PoS) network, especially one with a decentralized exchange of high economic value that operates in both cryptocurrencies and real money, a wide distribution is also of critical importance for network security.

And the third reason to create an airdrop is that there are also joke cryptocurrencies, such as the Useless Ethereum Token, Jesus Coin or the best known, Dogecoin, for which no one in their right mind would pay and which are therefore given away by airdrops.

There are several ways in which these tokens or cryptocurrencies are distributed:

This is the best-known type of airdrop and usually gives more visibility. The project gives you a specific amount of coins in exchange for you carrying out one or more marketing actions, such as following their Twitter account, joining their Telegram group, providing your email address or filling out a questionnaire, for example.

It is also common to be provided with a referral link to invite others to do the same and, for each of them, give you an even greater amount of cryptocurrencies or tokens.

Be aware that you will not get airdrop cryptocurrencies straight after you make these actions. Usually, take several days or weeks to be reflected in your wallet.

In some cases, the simple fact of owning a type of cryptocurrencies gives you the right to participate in the airdrop without doing anything at all, although for that those cryptocurrencies must not be in exchanges (such as Coinbase) but in individual wallets (such as MyEtherWallet) and must be from the same blockchain, as we will detail later.

For example, everyone who once had a minimum balance of 0.1 ETH in their wallet received 777 INSP tokens without doing anything.

This type of airdrop is similar to the previous one but it differs in that it is only necessary to have an open account in a specific exchange that is actively promoting the project. A known case of this type of airdrop is the 500 TRX tokens received by all users of the Liqui crypto exchange.

The best-known exchange right now and that usually performs more airdrops for its users is Binance, but it is also worth opening an account in Bitmex, for example.

There are applications for smartphones and tablets such as v that provide you with small amounts of cryptocurrencies every day just for having them installed and that increase the percentage they give you if you invite other users.

In this case, the amounts are usually very small (as you can see on their website), but with the constant movement of prices of cryptocurrencies, you never know how much they may be worth in the future…

Do I need a specific wallet to get the Airdrops?

The most popular blockchain for airdrops is Ethereum, as many of the tokens are based on their ERC-20 standard. Waves platform also has many new token airdrops, so it is ideal to create wallets for both and keep the coins there. 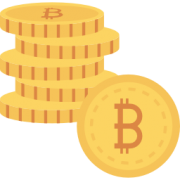 You will see that most airdrops post a notice that they “require you to have an ERC-20 compatible wallet”, which means any wallet that supports the Ethereum blockchain.

The best in this case as we mentioned earlier is MyEtherWallet, although you can also use a hardware wallet like Trezor that interacts with the MyEtherWallet website. That is the safest way to store your cryptocurrencies since your private keys are never exposed on your computer, which means that even if you are infected with a virus or malware, they cannot steal your keys.

How much could I earn with Airdrops?

It is impossible to make an accurate estimate, as it all depends on several factors:

However, some projects that are now among the top 10 of the crypto market such as Ripple or Stellar Lumens made airdrops. The people who took advantage of them perhaps invested 10-15 minutes of their time and now they could have some hundreds of euros for free.

Most airdrops are made when a coin has a low value, in the hope that many people will invest in it. There is a chance that these tokens will never go up enough to be worthwhile and that is something you can never know for sure.

So you never know exactly how much you will earn, we will never become millionaires but it is worth making that small investment in time if you are interested in this world and can also be a very valid way for those who do not have the capital to start investing.

To sell those tokens, it is best to wait a while until they are revalued and listed in some exchange. After that, you will be able to sell them without any problem.

How do I know about the incoming Airdrops?

Airdrops are not always a surprise. Some companies announce their intentions through press releases and a number of websites keep track of upcoming ICOs and announce relevant airdrops.

There are no official rules about what an airdrop should look like, so each project does it its own way and you decide if you want to get involved.

Luckily, our team has designed the simplest possible way for you to find out every day which airdrop you can participate in. If you want to know how just enter your email address below (you can unsubscribe at any time): 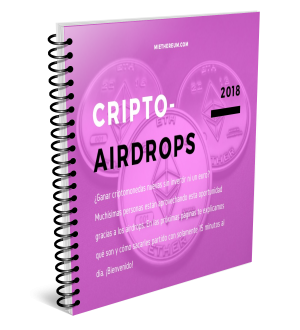 In summary, what we have done is create a channel on Discord platform where every two days we add new airdrops and the specific steps you have to take to benefit from them, so you only need to save the page in the bookmarks of your browser and visit it regularly.

Here you can see an example screenshot: 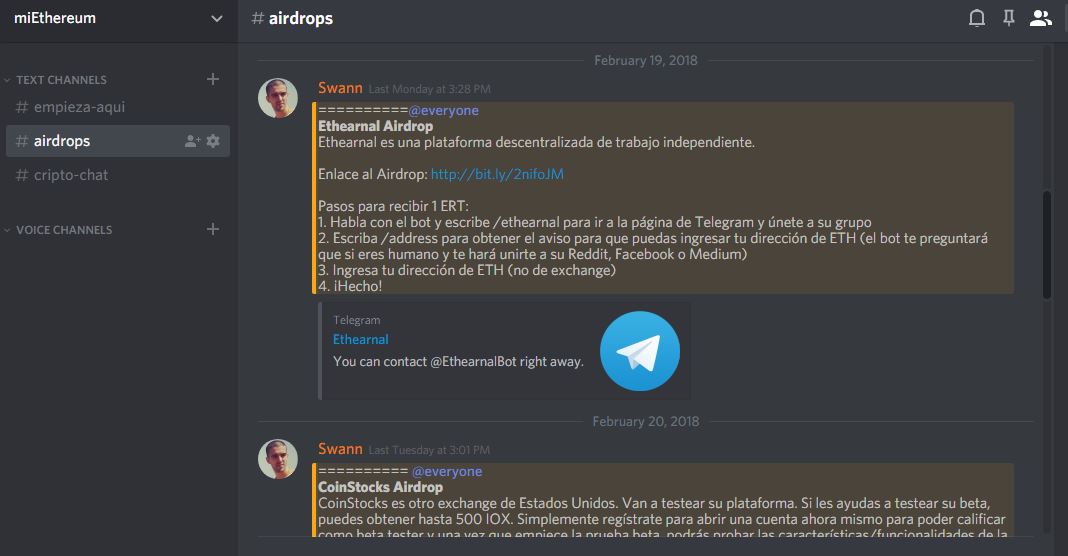 Where else can I find them?

On Discord we have made it easy for you, but you can also do the research on your own if you want:

General tips when signing up for airdrops

Before signing up for all the airdrops that you will see, it is good to consider a few tips that will save you both time and headaches.

Occasionally, especially if you are looking for airdrops on your own, you may see a project asking for your private keys or send them a number of funds before starting the airdrop. Run from them!

No legitimate airdrop will need that kind of information from you or money in return. The crypto industry prides itself on not being regulated, but do not let anyone take advantage of it. They may be scammers who have heard about an upcoming airdrop and try to take advantage by creating fake “phishing” websites designed to get your keys from the wallet where you have your crypto-investment.

Never give your private keys or send money to any airdrop.

The best thing, apart from that, is also to create ‘false’ or secondary profiles of Twitter and Telegram so that they will not bother you too much. Also you can use an email account created specifically for this purpose. Otherwise, your main email account will have a ton of emails every day.

Imagine how your junk mail inbox or your Twitter timeline would fill up when you sign up for 20 or 30 different airdrops.

In short, the key points to bear in mind are: 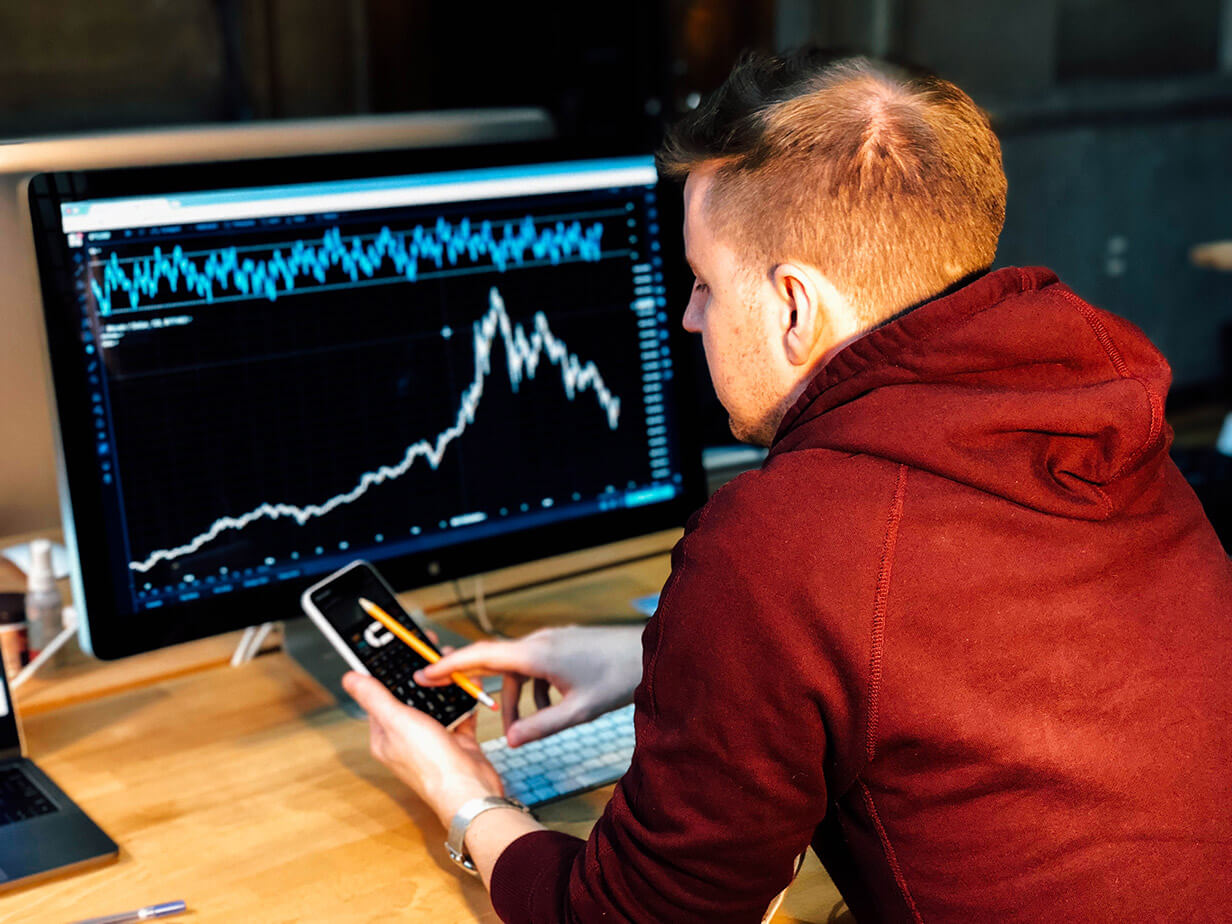 Airdrops can be an interesting way to learn more about a specific project and about the crypto industry in general, and can even be your next big investment.

Spending a few minutes a day, who knows how much you can accumulate in a few months or years?

Just make sure you always make an extra effort to keep your data safe. Remember that a legitimate project has no reason to ask for your private information.

Here below you can find again the small form to join our channel and find out about all future airdrops. Do you want to join us?