How and where to buy Ethereum? Is it worth it? What is its current price?
We’ll explain everything about the cryptocurrency.

As we have explored in “What is Ethereum?“, Ethereum aims to work as a kind of decentralized Internet and a platform to support Smart contracts and applications called Ðapps. 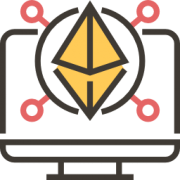 But even if no one controls Ethereum, the system is not free. It needs ‘Ether‘, a token that can be used to pay for the computational resources needed to run applications or programs.

Like Bitcoin, Ether is a digital asset (and for simplicity we call it cryptocurrency). And just like when we use cash, it does not require a third party to process or approve a transaction.

But instead of operating as a digital currency or payment, the Ether seeks to provide “fuel” for decentralized applications on the network.

To publish, remove or modify something on the Ethereum network, we must pay a transaction fee in Ether (ETH) for the network to process that change.

The Ethereum network, moreover, is formed by each and every one of the computers that work verifying operations in the blockchain, also called miners. These miners receive Ether as a reward for executing the operations of the platform.

The developers of Ðapps (decentralized applications) are also part of Ethereum, as their development work is what will later result in better applications.

These, like the miners, receive Ether for their work. We could say that Ether is the incentive to ensure that developers write quality applications and that the network remains stable.

Ether as a cryptocurrency

Therefore, the main utility of the Ether is as a crypto-fuel. 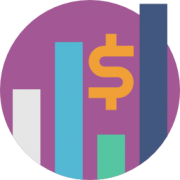 The founding team of Ethereum explains that the people who need Ether are mainly the developers who want to build applications on the Ethereum blockchain and the users who want to access it and interact with smart contracts.

However, there are many people who use Ether as a cryptocurrency and confuse its name, calling the asset ‘Ethereum’.

A cryptocurrency is a type of digital currency managed through its own community based on blockchain technology.

Its main features are:

Ether, as cryptocurrency, can be bought in different places. The most popular is the website Coinbase, through which you can quickly and easily create an Ethereum wallet and start trading with Ether.

Depending on the people who want to buy or sell it, the value of the Ether goes up or down.

The price of the Ether changes constantly as does the price of shares, the currencies such as the euro or the dollar or real estate.

Unlike these, however, their value is currently very volatile and it is not uncommon to see variations of more than 15% per day.

In short, Ether is the fuel that moves Ethereum, is the incentive to the work of developers and users of its network and at the same time, is the cryptocurrency that people and companies interested in its technology use as an investment.

The measures of Ether

All physical coins have a name: Euro, Dollar, Pound… That name is the one given to the main unit of that currency.

However, in many day-by-day situations we pay for products or services with smaller – and larger – units of that main unit.

These submeasures in each currency have a name: the submeasure of Euro or Dollar are cents, in the case of the Sterling Pound are the pennies, etc. 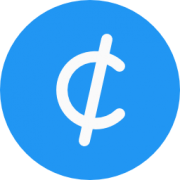 In the case of the Ether it is quite similar.

The names of the measurements below the Ether are, in ascending order from the smallest to the main:

These names, although they are the originals, can be difficult to remember.

So there are those who call them as submeasures of the Ether based on the International Unit Conversion System:

In the following table you will be able to appreciate in a more visual way a guide of the measures of the Ether:

How are Ethers created?

According to the official Ethereum website, Ether’s total offering and its issue rate was decided by the donations collected at the 2014 ICO.

The approximate results were:

Is its offer infinite?

Ether’s supply is not infinite, but its issue is limited to 18 million Ether per year (25% of the initial supply), according to the terms agreed at the beginning.

This means that although the absolute issue is fixed, the relative inflation decreases each year.

However, in some Ethereum it will move from the Proof of Work (PoW) system to a new consensus-building algorithm in development, called Casper, which is expected to be more efficient and require fewer mining subsidies.

The exact issuing method and the function it will serve is an area of active research, but what can be guaranteed now is that: 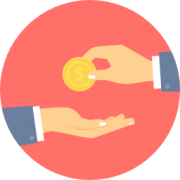 Ether, as we have seen, is the fuel in the form of money that keeps the Ethereum network alive, being a monetary incentive for everyone who relates to it, either by providing computing capacity (miners) or creative value in the form of code or smart contracts (developers).

On the other hand, its name is constantly confused with that of Ethereum and its token is often also used as a cryptocurrency and monetary investment, due to its constant movement in price.