Evolution of Ether prices over time through graphs and in real time. 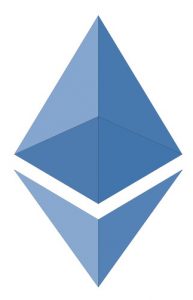 Through this graph you can see the evolution of the Ethereum price.

You can change from Euros (EUR) to Dollars (USD) and see the price according to time: 1 day, 1 week, 1 month, 3 months, 1 year and since its beginning back in 2015, as well as see the graph in lines or candles.

Change in prince and volume over the last week

In this chart, you can see the percentage and volume evolution of trading during the last week, as well as the price at which it closed in each of the days.

The price evolution since the beginning

Ethereum is a dedicated platform creating decentralized applications that run on blockchain, through the use of smart contracts.

Since its launch on June 30, 2015, it has been consistently gaining popularity. From late January 2016, experienced a large increase in its price. In March 2016, less than a year after its creation, that growth culminated in Ethereum achieving an unprecedented market capitalization of more than $1 trillion.

Since then, Ethereum price has decreased a little, however, the ETH currency is now only surpassed by Bitcoin in the crypto market and thanks to its bullish trend, it will soon reach its own price and market capitalization records again.

The future of Ethereum

Considering its evolution and all its advantages and possibilities, the reasons for Ethereum to be in the spotlight at this time are quite obvious. Although at this point it is highly unlikely that the currency will vanish into darkness, the speed and scale of its future growth will depend on many factors.

Yes, Ethereum promises unlimited opportunities. But for this promise to come true will depend on how powerful the network will be and how talented and creative the developers and people who support it are.